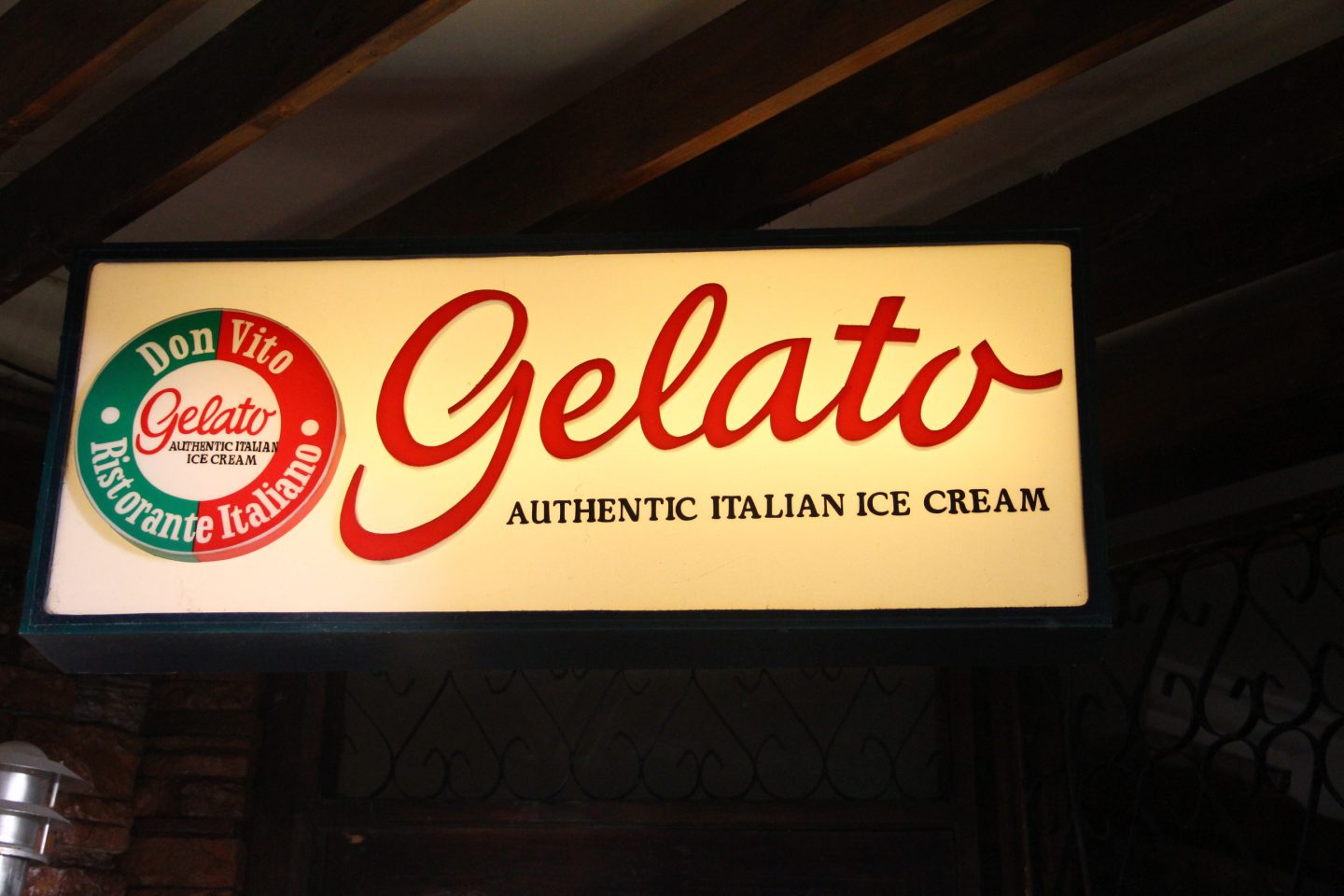 After sunbathing, swimming and playing at the beach, nothing else comes to our mind but to eat. We were lucky that one of Philippine Tatler’s Best Restaurants of 2011 is located at the hotel where we stayed, Boracay Mandarin Island Hotel. Our feet didn’t take much effort like walking to D’Mall or to the busy spots of Station 2 Boracay to look for a venue to eat. From the beachfront to the hotel itself, it took us about a minute or less. There was no objection among my peers to have late lunch at the known Italian restaurant in Boracay called Don Vito Ristorante Italiano.

The front looks like a typical Italian restaurant you can find in the city that displays a chef statue outside holding a chalkboard menu. It was Christmas season and that explains the snowman art display outside the restaurant.
Everyone was still stuffed from the hotel’s complimentary breakfast buffet. We agreed among ourselves that our lunch will be light and not overloading.
One pizza was enough for the 3 of us. If you take a look at the photo, it seems ordinary and nothing spectacular about it. That was my first impression as well. Although my impression was swiped easily when I tasted the pizza dough and its sauce. I knew it tasted fresh and different from other commercial pizzas. Their dough and pizza sauce is homemade. For me, the dough’s taste was noticeable as it was cooked in the traditional wood fired brick oven.
This pasta made me forget about eating “light” for lunch. I like the combination of sun dried tomatoes, sliced mushrooms and grilled breast chicken. One order is good for 1-2 persons. But if you are not a heavy pasta eater, one plate could be good for 2-3 persons, just like what we did.
Loaded with bacon browned bacon bits and mushrooms, this carbonara is surely a favorite at Don Vito. Bacon is one deadly favorite of the majority. And to please the majority, serve them bacon. Don Vito’s pasta won’t disappoint, most especially if Linguine Carbonara is on your list.
Luscious strawberry shake made me remember Baguio. I used to spend my December at Baguio with my family and feed myself with Baguio favorites like strawberries. Don Vito’s Strawberry Shake tasted so fresh, just like freshly picked strawberries made into a shake in Baguio.
Tastes like chocolate cookie on the first half while it tastes minty and cool on the second half of my sip. I totally forgot it was sunny outside after a bold sip from the Oreo Vanilla Mint Shake. It was close to a gargle while having a drink.

Don Vito is also known for their desserts. This includes their authentic Italian ice cream namely Gelato. Tourists pass by Boracay Mandarin for Don Vito’s gelato. Pick from their flavors and you’ll get the favor.

We asked our gelato to be served in our room. Ice cream was enjoyed inside our cold air-conditioned room while sitting on the bed watching television. And that’s how we continue our relaxation in Boracay.

Look for freshly baked breads, finely cooked pasta, wood-fire brick oven pizzas, authentic Italian gelato that are all reasonably priced in Boracay. Then I guess you’ll land at Don Vito Ristorante Italiano. Recognized as one of the best so you don’t want to be left out from the rest.
Go and try Don Vito Ristorante Italiano! This should be part of your food trip list when you go to Boracay this year.
Pray, Eat and Love.
Cheers,
The Food Scout