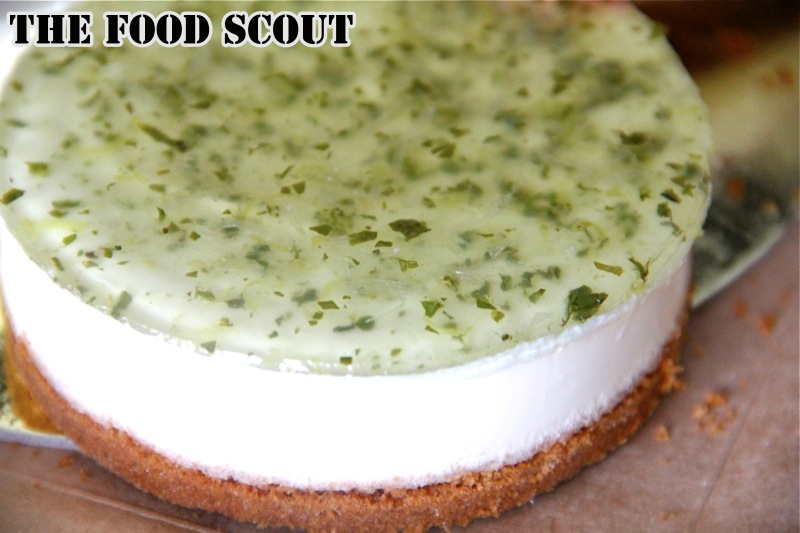 In my 21 years of existence, I have been meeting different kinds of people who have different preferences when the issue leads to desserts. A big number of Filipino population don’t end their meals without anything sweet. But with the wide range of choices for desserts, we all have our own preferences. One of the unique facts I know from some people is that they don’t eat cakes that are made of chiffon or any cake with bread. During birthdays, they would just use the cake for candle blowing and let other people eat the cake. My college friend has a similar unique trait as well. She only accepts cakes like Brazo de Mercedes, cheesecakes and other cakes that don’t involve chiffon or bread. When I received cakes from Eve (Sinful Sweets), I automatically remembered these people I know who are picky with cakes.
Smooth and rich cheesecakes from Eve, one of the few cakes they sell as a start-up business. Since Eve is new in the dessert industry, the plan is to take orders directly from their kitchen and deliver it straight to you. No need to go out of the house and drive to the bakeshop. Let the desserts go to you instead.

Greek Cheesecake, also called as Lemon-Basil cheesecake due to its sour gel topping that gave this Greek Cheesecake a unique finish. You wouldn’t think lemon-basil would go well with something sweet and cheesy but it actually did. I love how it removes the unpleasant after-taste of eating an oily or fried dish. I took a slice of Greek Cheesecake after eating crunchy fish fillet and fried chicken. The sweet & sour taste of the dessert swept off the oiliness of the fried dishes I had. Among the three cheesecake flavors of Eve, Greek Cheesecake stands out for me.

The same texture as other cheesecakes, the only difference is the added white chocolate sweetness to the cake itself. It has a simple presentation, simple white chocolate taste and it is that simple to finish it all in one sitting. My second favorite, next to Greek Cheesecake.
My standard of eating Blueberry Cheesecakes is quite high, above average and close to perfection. I’ve been a fan of Blueberry Cheesecake since I learned how to make a No-bake cheesecake back in high school. As much as possible, I tried to taste all blueberry cheesecakes I could to copy and bake my own cheesecake. Eve’s Blueberry Cheesecake is in the middle scale of my scoresheet. I could say it is “Pass” but I know there is much more to improve, especially when we talk about overall taste.
Three Mini cakes in one box. This is the best option if you couldn’t decide which flavor to get. If I’m the recipient of these cakes, I’d choose to receive all three cheesecakes in one box. At least I get to try all of them at once.

Three different cheesecake flavors for people with different preferences.
A box of Eve Sinful Sweets is ideal for gifts and upcoming celebrations. Remember, Christmas is just around the corner. You might not have an idea on what cake to bring on your Christmas party or what sweet treat to give your friends. So, why not consider Eve? 🙂
Pray, Eat and Love.
Cheers,
The Food Scout