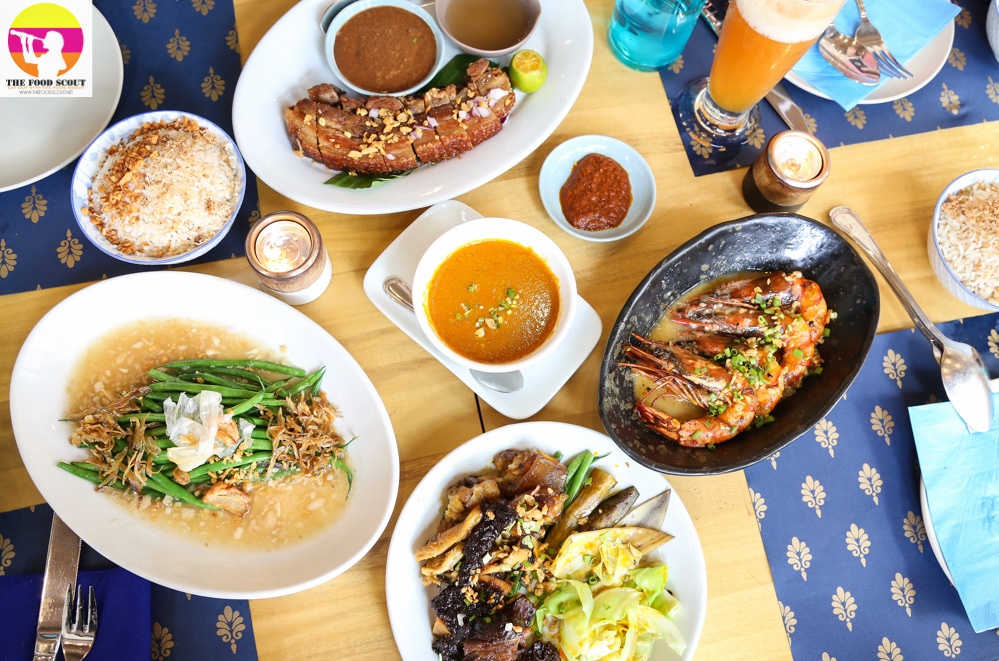 Meet Globe Platinum’s newest brand ambassador, Chef JP Anglo.
The first time I met Chef JP, he showed us his creativity and skills in the kitchen using Russell Hobbs appliances. Also, that was the first time I tried his cooking in Sarsa BGC. Chef JP knows what the Filipino palate looks for and it is easy for him come up with ideas to impress his customers. It is not a big surprise for me to learn that Globe Platinum chose him to represent the brand.

Chef JP Anglo
To inspire you more, let me share with you more facts about this surfer chef.
Contrary to what most people may think, the success of Chef JP Anglo wasn’t just handed over to him.  He went through ups and downs, tough and rough times, not being sure what he was supposed to pursue. After his family (Chinese) restaurant in Bacolod failed, he finally realized what he should be doing all along. According to Chef JP, “Cooking has always been a passion, and my family was a major inspiration.” He was inspired to go to culinary school and pursue to set up his own restaurant.

Chef JP Anglo honed his skills through formal education, not to mention, it was an intensive five years in Australia, working and studying in Le Cordon Bleu. Eventually, he came back to Bacolod and put up a Chinese restaurant called Mai Pao & Mu Shu but experienced challenges still. Chef JP had a difficult time finding business partners because no one believed what he was capable of. A blessing happened when his sister and brother-in-law came in to support his plans and gave him the start he needed.

“You can say I wanted to prove I could make a success out of that second chance. It was very close to my heart, since it was, of course, closely tied with my family,” Chef JP says.

Creation and Connectivity
The challenging journey wasn’t over as he fuelled his desire to strike out in the big bad city called Manila. Being digitally connected was a boon for Chef JP to find his place in the city. He was far away from Bacolod, his familiar hometown, so staying connected with people he loves comforts him.
“Access to various sources of information and inspirations, on the other hand, kept me going. I had a dream to fulfill, didn’t I? And seeing what others are doing and have achieved gave me that push to not let up, ” continues Chef JP.
He took the leap of applying for a space at The Forum in Fort Bonifacio for Sarsa. Initially, he didn’t get the approval he wished for. But Chef JP persevered until he got in the second time. Blessings continued to pour in as he got a stint as MasterChef Pinoy Edition judge. Then Liberation Shawarma followed and his newest Kafe Batwan, the venue where Chef JP was launched as Globe Platinum’s ambassador.
Given the reputation of a “rock star chef” of this generation, Chef JP works hard to bring out a strong local identity in Filipino food by creating edgy and exciting incarnation of favorite dishes. When asked what inspires Chef JP, he answers that he continues to seek inspirations by indulging his other passions, which are traveling and surfing. One fact about Chef JP, each time he travels and surfs, he comes back to Manila with a new dish.
“I make it a point to never stop learning about food, and traveling is an awesome way to do that. Naturally, I have to stay connected with my team in Manila because the business needs to run even if I’m out of the country,” he says. “I’ve found Globe Platinum to be a key partner in enabling me to do that. I’m in the food service industry so I demand the same level of quality service that I provide.”
With all the needs of a rock star chef like Chef JP, Globe Platinum is the best to service his needs.
Globe Platinum is excited to have Chef JP on board as one of its newest faces to represent the brand.
Marketing Brand Director Kaisie Del Carmen says,
“It’s our commitment to ensure that Chef JP, alongside our other customers, gets to live their modern lifestyles in today’s digital setting. Chef JP’s success goes beyond the kitchen and is evident in every part of his life, so we make sure he’s always inspired and connected to everything and everyone they love, so that he can continue achieving his success.”
Globe Platinum
As a Globe Platinum client like Chef JP Anglo, these are the benefits you can enjoy:
– Own dedicated relationship manager
– 24/7 concierge services
– Priority in Globe stores
– 24/7 dedicated Platinum hotline
– Access to airport lounges around the world
– Personal shopper abroad
– Access to the newest devices
– Unlimited call & text to ALL networks
– Rich mobile data allocation
– Built-in roaming services
…and so much more exclusive privileges!
Globe Platinum offers the most powerful Lifestyle Plans crafted to fit today’s digital, dynamic and always-connected lifestyles.
Visit the Globe Platinum website to check out the latest promos and updates.

Now it’s time to show you what Chef JP Anglo prepared for us Globe community at his new restaurant, Kafe Batwan.
Filipino version of Japanese gyoza, this Molo Pot Stickers calls out to those who missed Molo Soup on a rainy day.
Second to Lechon Kawali, I stayed in my zone concentrating on this Mushroom & Clam Tinola Soup that’s uniquely calming.
Deconstructed style of Kare-Kare where the meat and vegetables are separated from the peanut sauce.
The best among the dishes served. Staying away from the traditional liver sauce, Chef JP chose to partner Lechon Kawali with Chocolate Sauce instead.
It’s difficult to control your rice intake with this flavorful Garlic Coconut Rice.

What do you think of Globe Platinum and its newest ambassador Chef JP Anglo?
Share with me your thoughts! 🙂
Stay updated and Subscribe to The Food Scout for Free!
Pray, Eat and Love.
Cheers,
The Food Scout