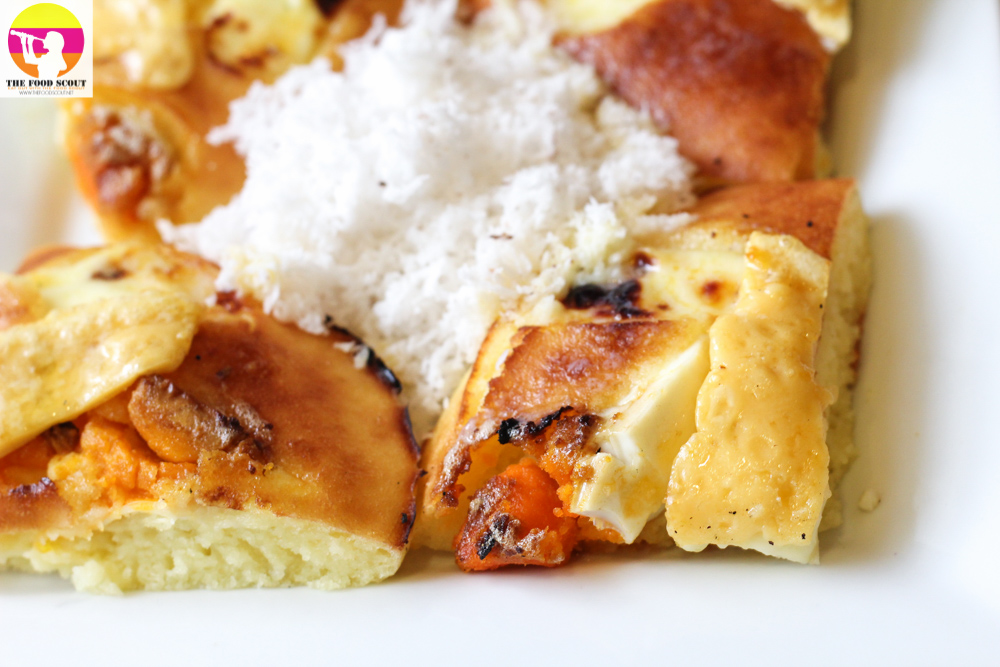 Via Mare – 40 Years of Serving Filipinos

As I remember my childhood, I’ve known Via Mare as a family restaurant we often visit if we want a consistently satisfying Filipino dining experience. First on my mom’s order is a hot bibingka. For me, Via Mare is simply a restaurant our family trusts. On one side of the picture, there’s a larger Via Mare story than my own perspective and experiences in the restaurant. The history of Via Mare never reached my ears until the recent event I attended to celebrate the restaurant’s 40th anniversary.
In September 1975, the perception for Filipino food changed when Via Mare Seafood Specialty Restaurant opened its doors to the public. From family-oriented plates, without the pomp and frills in terms of presentation, Filipino food moved to a more sophisticated level. A type of cuisine that brought global recognition to the complex flavors of the Philippines. Via Mare’s chef Glenda Barretto, who has been at the helm of the restaurant since its inception, and her strong belief in the Filipino cuisine’s potential to be world class is what pushed the restaurant to keep outdoing its achievements.
Ms. Glenda Barretto opted to highlight and present well-loved Filipino dishes with modern touches that made it more palatable to foreign guests. If lumpia was known as a roll, Via Mare introduced its version – filling wrapped in pouches held together by spring onions. For the tinola, it was given a fresh take by serving the soup in a carved papaya or as a flan, inspired by the Chawanmushi of Japan.

The legacy of Via Mare is not only enclosed in its 4 corners. Since 1975, the Filipino restaurant is always preferred to host dinners for dignitaries, heads of state, international celebrities, and international events. From beauty queens during the 1995 Miss Universe pageant in Manila, the gala of the Philippine-run of West End’s Miss Saigon, the 2007 ASEAN Summit in Cebu, the weddings of illustrious families, and other milestones in Philippine history, Via Mare was always the top choice. The story of Via Mare, with Barretto leading the kitchen, is also unforgettable. First Lady Imelda Marcos chooses the services of Via Mare whenever she hosted gala dinners for visiting dignitarie at the Malacañan Palace. In one instance, she requested for a more upscale version of the adobo – a request easily managed by marinating the chicken in simmering adobo sauce with red wine.
Ok. Enough of history lesson. Time to show you the dishes served at my recent visit to Via Mare.
Crispy roasted pork with mustard leaves, tomatoes and shallots kicked with calamansi and bagoong dressing. Ensaladang Bagnet knew how to captivate non-salad eaters by throwing a stack of bagnet on top.
A team up of pomelo and radish in a salad, in Filipino it is Ensaladang Suha at Labanos. It was a first to run across this Thai-like salad in Via Mare. Btw, I kind of thought it was atchara. :p
Pinais na Alimasag hushed the room when each of us took our spoon and tasted it with a smile afterwards. Blue crab stuffed with crabmeat and young coconut, cooked in coco cream. Served with bagoong balayan rice. It’s one of my new favorites here in Via Mare!
Rellenong Talong is offered as the Filipino omelet version of Via Mare. Broiled eggplant stuffed with sautéed ground pork and pan-fried with beaten eggs.
Consistent and still a classic Kare-Kare every family would go for. Ox tripe and ox tail in peanut-annatto sauce, served with bagoong alamang. Time may change but this Kare-Kare remains to be the same.
The credit goes to Mr. Crispy Pata. This is where most Filipinos began their love for Via Mare. True to its word, it is fried to perfection to make it crispy while juicy inside.
I unconsciously left the busy conversation happening on our table while sipping the soup of this Tiyan ng Bangus Sinigang sa Miso. Milkfish bellies floating in averagely sour broth with soybean paste and mustard leaves soothes and adds comfort to a rainy evening.
Adobong Pusit will certainly stain your mouth and blackening insides of your teeth but that shouldn’t be a worry. This baby squid stewed in garlic, soy sauce, vinegar and bay leaves doesn’t chase fanciness. It’s all about savoring the rich taste of squid.
I thought I’d tame my rice by choosing plain white rice instead. Well, a spoonful of Calcag Rice led me to a hill of rice on my plate. Jam-packed with sun-dried shrimps, bagoong and scrambled eggs, this is wonderland in a plate.
I recall the childish tease to copycats saying “gaya gaya, puto maya,” from this dessert’s name Puto Maya. Haha! If you remember that, tweet and reminisce with me. Hahaha! Anyway. It’s another dish close to a Thai dessert, glutinous rice steamed with coconut cream, served with ripe mango.

The most beautiful creation of Via Mare, in my opinion tho, Bibingka with Laguna cheese and quezo de bola. There are days we crave for Bibingka and the top-of-mind place for that is definitely a nearby Via Mare.

“At 40 years, we have shown the world and most especially our fellow Filipinos, what Filipino cuisine is all about – it is about the freshest of ingredients cooked in influences of our ancestors and the rich heritage of the Filipino nation, sprinkled with love and affection of a Filipino chef,” Glenda Barretto said.
What do you think of Via Mare?
Share with me your thoughts! 🙂
Stay updated and Subscribe to The Food Scout for Free!
Pray, Eat and Love.
Cheers,
The Food Scout
Facebook: https://www.facebook.com/ViamarePH
Budget: PHP500++