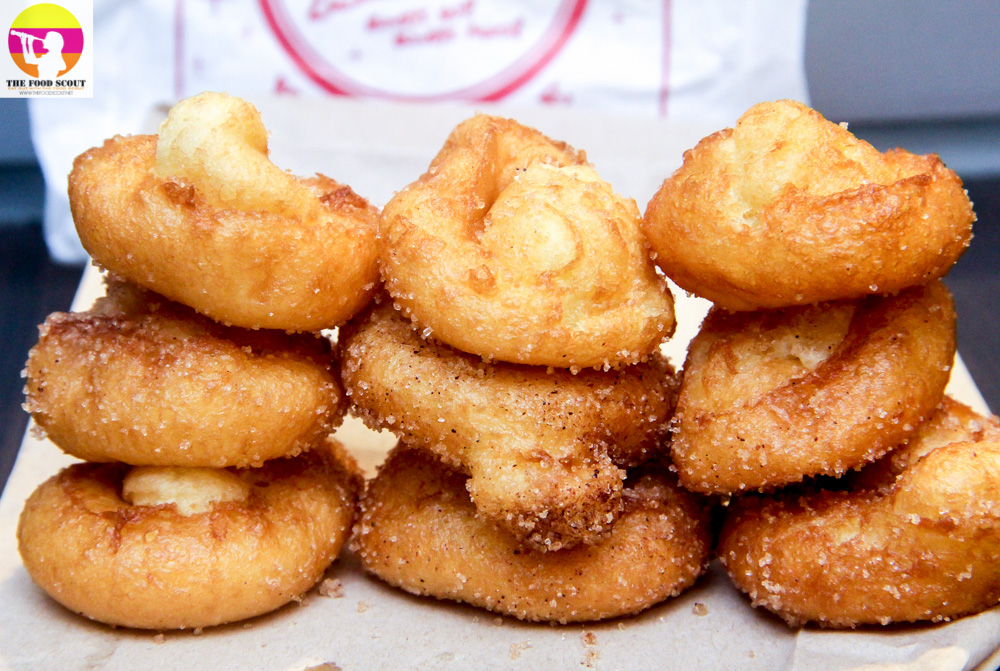 Would it hurt to spend P50 on something valuable to your appetite?
I think that’s a good deal, if not, the best. I love finding snacks that give value to money, despite the small amount of P50. The union of deliciousness and reasonably priced food may be called as rare. But SM Foodcourt finds a way to offer snacks and dishes that fills in the gap to your budget’s needs. SM Megamall Foodcourt won’t scare you away even if you only have P50 left in your pocket. That’s a pinky promise.

With a budget of P50 per snack, here are the new snack discoveries I found in SM Megamall Foodcourt.

Yes, your P50 could travel to the land of shabu-shabu. A quick cup consists of your choice of quirky meat or seafood balls on a stick, noodles and broth. What you see in the photo is Fish Roe Roll with noodle soup. During the rainy weather, Chef Shabu Shabu deserves your best choice of snack.
A reliable snack since day 1 of discovering waffles. Waffle Time sell on-the-go waffles with different fillings, could be savory meat like German Cheese Franks, Hotdog and Bacon or sweet spreads like Cheese, Chocolate, Cookie Butter, etc. Waffles in criss-cut skin is my kind of snack in between working hours.
The popular Japanese snack Takoyaki, of slightly crispy and soft inside texture, doesn’t cross the line of P50 mark. Another choice of snack if you want to take a break from your typical Filipino snack.
I make sure I take a side step to Lil’ Orbits for this hot and fresh Mini Donuts. Whether in cinnamon, cheese, mocha, strawberry, cookies & cream, or chocolate, you’ll be pressured to take them all as your walking snack while shopping in SM stores. I could finish Mini Donuts Cinnamon flavor before I even reach the exit of the foodcourt. Oh it’s so irresistible!
Pizza + Popsicle Stick = Pizzacle, the equation of the newest kid in the foodcourt. Meat-filled crusted pizza bread that’s easy to eat while holding its stick. Spicy Taco and Chocolate Banana fit in the budget. Although if you wouldn’t mind to add few pesos, try Meat Lovers and Pepperoni for P60. To avoid messing your child’s Sunday attire, try the fashion of Pizzacle.

Have you discovered Snacks P50 & Below in SM Megamall Foodcourt?
Share with me your thoughts! 🙂
Stay updated and Subscribe to The Food Scout for Free!
Pray, Eat and Love.
Cheers,
The Food Scout