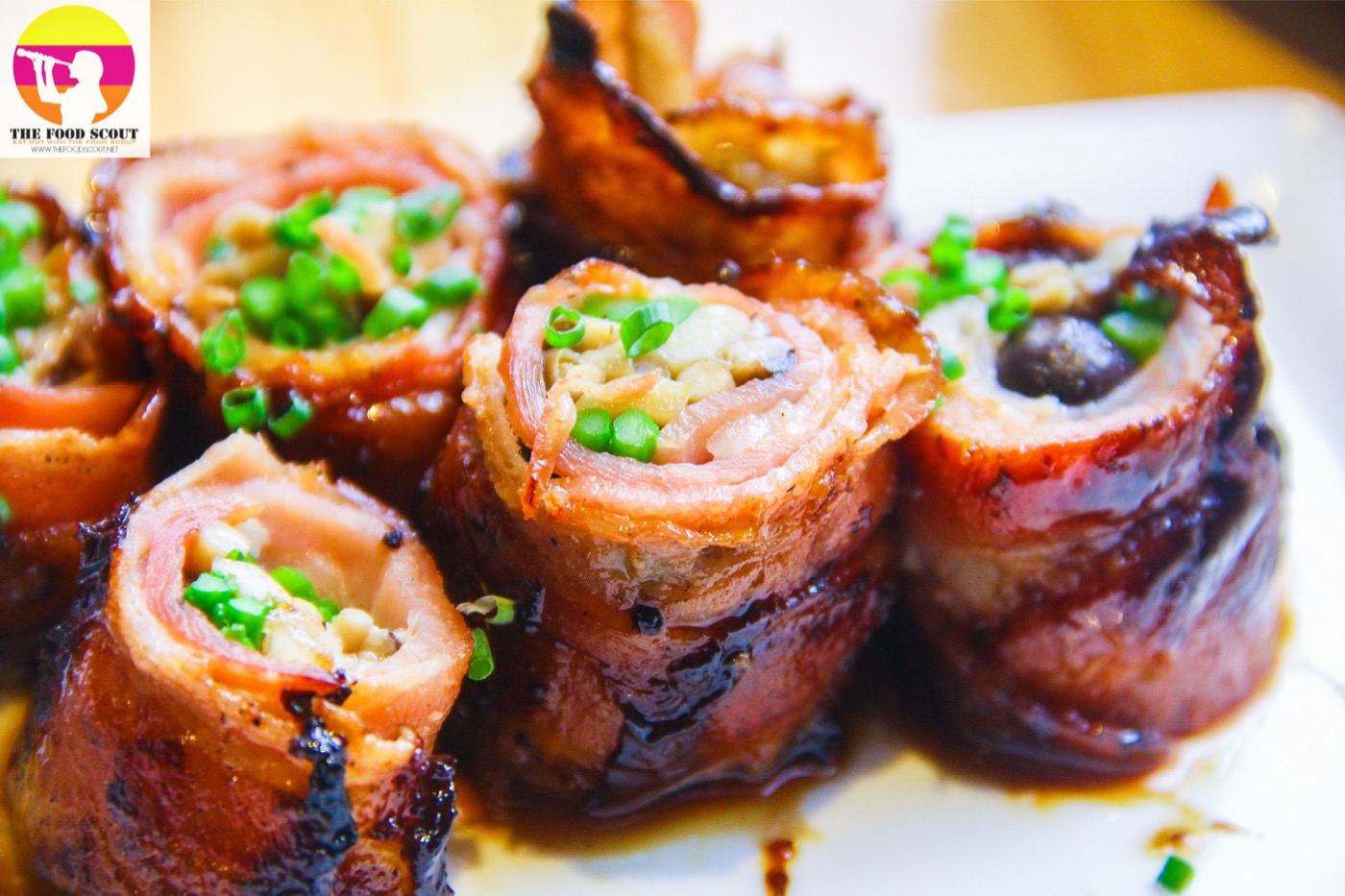 Surrounding yourself with quite a number of restaurants in Megamall could create dizziness and confusion on where to end up for dinner. As Megamall expands, the food selections stretch to its far corners. Did I say I’m complaining? Well, it’s just a matter of choosing correctly.
From the time I tasted Osaka Ohsho’s respected gyoza, I already knew a connection has been built between Osaka Ohsho and myself. I’m not surprised my feet drag me back with O. One weekday a couple weeks ago, we stood up from our couches and drove to Mega Fashion Hall for lunch. Our lazy bones converts automatically when you say the magic word, ehem food.

Our hungry appetites rejoiced upon finding out that Osaka Ohsho launched their All New Teppanyaki Festival Offerings.

Teppanyaki is a style of Japanese cuisine that uses an iron griddle to cook food. Teppan means iron plate and yaki means grilled, broiled or pan-fried. By looking at the photo from a bird’s point of view, I don’t know where to fly first. So let’s zoom the photo a little closer to Osaka Ohsho’s Teppanyaki plates.

Ocean fresh scallops, mussels, and clams seasoned with garlic and Japanese sake. Then, sautéed in a Japanese onion sauce served with sautéed mixed vegetables. Mixed Shellfish dumped being selfish and acted generously with the bulk of seafood in one plate.
Farm fresh asparagus spears wrapped in sukiyaki sliced bork belly – bacon in other words – drizzled in Japanese teriyaki sauce with a sprinkling of sesame seeds. Bacon was “healthified” and turned guilt-free by pairing it with asparagus. Now you have passed eating vegetables without hurting your tastebuds.
Strips of bacon echoed to one more dish. This time, I’m up for the challenge of finishing an entire plate just because it’s… salmon! Ocean fresh Norwegian pink salmon wrapped in premium honey cured belly bacon strips doused in Osaka Ohsho’s Japanese teriyaki sauce topped with diced spring onions. Both Bacon Cut Pork Belly Asparagus and Salmon Bacon Teppanyaki had uniform feel because of its sweet teriyaki sauce.
Premium Black Tiger Prawns sautéed in familiar butter and garlic combination served with Japanese Wasabi Mayo dip. Sorry but I totally didn’t mind the dip and treated it as a stranger. Even without taking note of its associated dip, Prawn Teppanyaki can live with hot Japanese rice alone.
Wait, the bacon madness isn’t over with 2 teppanyaki dishes. Mixed Mushroom and Bacon took a different approach to Japanese cuisine. A medley of premium Shitake, Shimeji Brown and Eringi Japanese mushrooms and fresh asparagus spears wrapped in honeycured belly bacon strips served with Japanese Urinchi sauce.
Ocean fresh sliced squid sautéed in a spicy Japanese sauce served with stir fried mixed vegetables. I assumed I already get the taste as how I imagined it to be, based on reading the menu. Proves that what you read isn’t exactly what you have imagined. What I didn’t imagine is the soft round rubbery texture that wasn’t difficult to chew. Nothing much to boast. I love Ika Sugataki’s simplicity.
Now who’s up for a fish festival? Ocean fresh Norwegian pink salmon, Pacific Blue Marlin and Yellow Fin Tuna steaks sautéed in butter, garlic and Japanese sake. Looks almost the same as they sit side by side. Small differences lie on the type of fish. Although, its strong teppanyaki sauce executes almost similar tastes to all 3 fishes.
Salt sprinkled on the sukiyaki sliced beef strips has gone a bit overboard. Sake Beef Teppanyaki would have tasted better if it mellowed down on its seasonings. Despite its salty side, I was drawn to its thin slices that affected my rice intake to do the opposite. More rice, less beef. Yayks, that’s not my normal habit. But it’s ok. Osaka Ohsho’s rice is excellent anyway.
At the end of all Teppanyaki flavors swarming through my mouth, I coveted one dessert I haven’t tried after all my visits to Osaka Ohsho – Banana Tempura with Japanese Ice Cream. How did I miss not ordering this dessert before? It was a blissful ending to my tale of teppanyaki lunch.

Really, that was one Teppanyaki Festival in one sitting. Strong flavors have been lingering in our mouths until we reached the parking lot.
Now you know there’s more than just the faces of gyoza at Osaka Ohsho. Open up their menu and browse through their lengthy choices of Japanese cuisine.

Have you tried any of the Teppanyaki Festival dishes at Osaka Ohsho?
Share with me your thoughts! 🙂
Stay updated and Subscribe to The Food Scout for Free!
Pray, Eat and Love.
Cheers,
The Food Scout