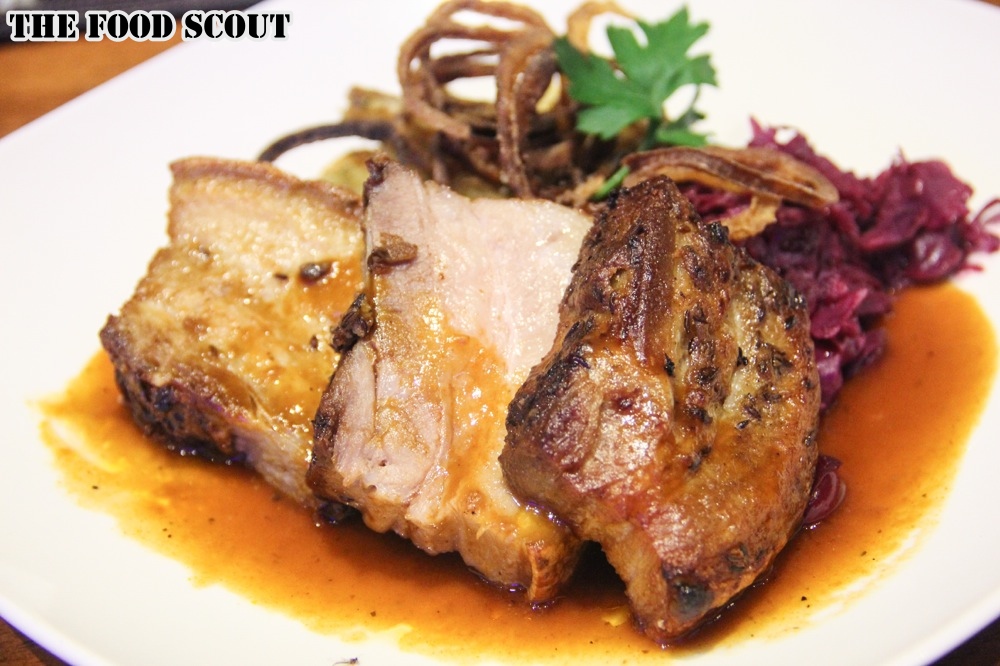 Brotzeit German Bar & Restaurant enters the Philippine market, trying to beat our own Philippine beers with world class German and imported beers. Mom, who is more familiar about Germany’s culture, would probably know the meaning of brotzeit. Brotzeit means snack or light meal in English. From the name itself, the restaurant showcases a bar with snacks that is in good shape to pair with imported German beers.
The evening was no ordinary night for Brotzeit as they celebrated their 1st year anniversary.
(This is a very late post. I’m sorry about this. :()

Name an important aspect of Germany’s culture, you call that “beer”. More than 5000 types of beer on the list, proudly under the German label. For Germans, beer is like water. World records prove their rankings, consistently part of the top 5 per-capita beer consumption. Showing off how normal alcohol can slip through their throats to their systems, that’s how Germans roll.
Original Muncher Lagner mixed with vodka and lime juice. The ladies drink I was holding on to. O giggled after drinking my long drink for a try. Words came out of his mouth saying, “parang juice!”. And I told him, “exactly what I wanted!”. I didn’t want to be a drunkard tasting alcohol all over my drinking taste buds with our snacks prepared for us.
From my peripheral vision, I saw O gulping a tall glass of Original Munchner Dunker Lager. Paulaner is a dark larger beer from Munich. Its color was extracted from caramel malts with a rich malt sweetness. This one’s for the strong men!

Before the program started, our table was given our first try of what’s cooking in the kitchen of Brotzeit. The newest dish, Schweinbauch, is a plate of 3 slabs of braised pork belly seated on roasted potatoes and red cabbage. Sharp and sweet pork bellies to appetize our night.
The way to experience German dining, other than beers, is a plate of Wurstelplatte or Sausage Platter. The sausage fest was turned alive with spicy chicken, grilled pork, pork cheese, pork and veal, garlic pork sausages and sauerkraut.
Each type smashes with a new experience of eating sausages. Germans got their game going with their meaty and juicy sausages! Imported, that’s why you pay for its price.
Trying to beat other ribs in town, this one gets the fingers squeezing the tender meat soaked in beer and honey. Companion of draft beers that will make you lose yourself and keep you thirsty and hungry for more. I know the price is not attractive for the pockets. That’s a fact for all dishes and beers of Brotzeit.

Wedges sliced like fat fingers were shaking fingers with my own. While chatting with my tablemates, O, Brian and Gerry, I forgot I was sharing this bowl of wedges with them. Oopsie!
The group of 4 had a tough time finalizing the dessert to order. To keep everyone’s choices at present, we just ordered a platter of every little sweet thing to love at Brotzeit. Homemade apple strudel, warm chocolate cake, fruits, homemade crepes and ice cream drizzled with chocolate sauce.
Top of my list is the homemade crepes that’s truly a charming delight to end the German meal and warm chocolate cake that lived up to the standard of how moist chocolate cake should be.

Since it was Brotzeit’s 1st Anniversary, the night kept the yellow and pink lights turn to life with a band playing music all throughout the night and beer games to entertain the guests like us.
The game that challenged every table was the Beer Drinking Game. No, we didn’t volunteer to join. Each table was required to participate and join the drinking game. My nerves were shaking and hoping I wouldn’t need to join. As they announced that only 3 per table will join. And how many were we? Well, the count was 4! The only lady, ehem, had the option not to participate but be the cheerleader. 🙂 Whew! Thank goodness! 🙂

To raise the banner of bloggers, Gerry, Brian and O were our table’s bet.
Two tables at a time. We were all hoping nobody gets drunk and dizzy drinking these strong German beers. The main man Gerry gave a good show for our team! Nice! 🙂

Winning caps for these guys! Congrats guys! 🙂 <3
Brotzeit is a spacious bar for big guys with big drinking appetites. The wooden tables and chairs make a statement. Televisions on some corners for sports television viewing, a bar of wide selection of imported German beers and a clean spacious room for a night of fun with friends.

How often do you find German bars and restaurants in the metro?
Quality is a critical factor for Brotzeit’s franchise. This Singaporean-owned German restaurant won’t risk delivering poor quality food and beverages to their customers. The market is not for those who aren’t on a budget. Expensive food and beer for expensive quality.
I say, get your mugs and your cash ready. Let’s feast on German food this time!
Prost!
Stay updated and Subscribe to The Food Scout for Free!
Pray, Eat and Love.
Cheers,
The Food Scout
Location: Unit 112 Edsa Shangri-la Plaza Mall, Mandaluyong City, Metro Manila, Philippines
Operating Hours: 11:00am-12:00am
Contact: (+632) 631-1489
Website: http://www.brotzeit.co/
Facebook: https://www.facebook.com/pages/Brotzeit-Philippines/100213756826417
Budget: PHP800++
Rate: