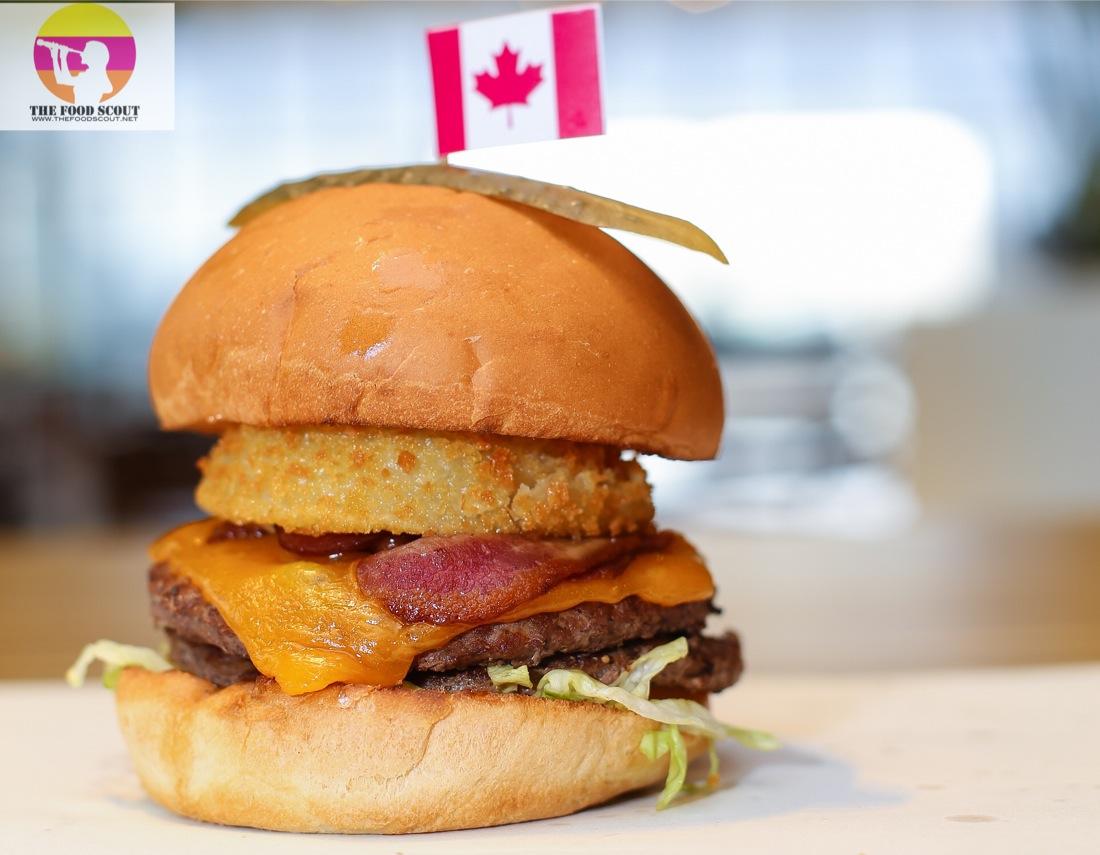 If you haven’t been to Canada, you’re excused. Other than that, we all know you can’t ignore the big Triple O’s waving the flag of Canada here in the Philippines.
Triple O’s by White Spot, the iconic Candian fast food restaurant, opened its second branch at the 4th floor of SM Aura Premier. Established in 1982 by Nat Bailey as Canada’s first drive in restaurant, Triple O’s continue to leverage its stance on quality and flavor, propelling the brand into the powerhouse that it is today. For those who are asking what Triple O’s stands for, the name came from the shorthand language of the drive-in service attendants – otherwise known as “carhops.” The three O’s on the customer’s slip meant plenty of everything, exactly what Triple O’s by White Spot serves on their menu.
As a burger fanatic, I fixed my eye on the road to drive towards the newest branch at Bonifacio Global City area.

Before I skipped to the beef burgers, I gave Spicy Ultimate Crunch a try for the first time. I had a difficult time capturing a good shot of this chicken burger. The color hues lie on the orange and yellow side with all its vegetables, chicken meat and the thick bun. The photo may be disappointing but the taste dealt with me the opposite way. I love the spicy dressing and crunchy sound of its chicken meat. The overall combination of vegetables like tomatoes and sliced cabbages fit accurately for a fascinating bite.
So, we meet again Mr. Bacon Cheddar burger. I’ve been longing for you since I last tried you at the Mega Food Tour. Between the top 2 burgers at Triple O’s – Monty Mushroom and Bacon Cheddar – O and I fell more intimate with Bacon Cheddar. You might wonder how come our Bacon Cheddar looks unusual compared to the original. O and I decided to order extra onion rings and inserted one huge onion ring into our burger for additional crunch and texture, plus a more photogenic piece as well.

Almost forgot to mention, we love Triple O’s Canadian beef patties that we had to order an extra patty to make it a Double Bacon Cheddar burger.
Surprisingly, Triple O’s serves pretty good Buttermilk Chicken off the counter. Another first from Triple O’s that I’m giving a passing mark.
You’ve got the burger, the chicken, and of course, you can’t forget the spaghetti! Triple O’s finds a way to please the Filipino palate through their 3 Cheese Pasta. Pasta in Caprese sauce smothered with three types of cheese – mozarella, shredded parmesan, and cheddar.

Situated at the fast food hall of SM Aura. If you’ve been to SM Aura’s ‘food hall,’ I would think you know that their food court isn’t exactly how we imagine food courts to be. Classier, cleaner, more modern and more expensive. Except, SM Aura doesn’t have free potable water for everyone. You really have to buy one for yourself.

TWG Tea Celebrates 2 Years with You!