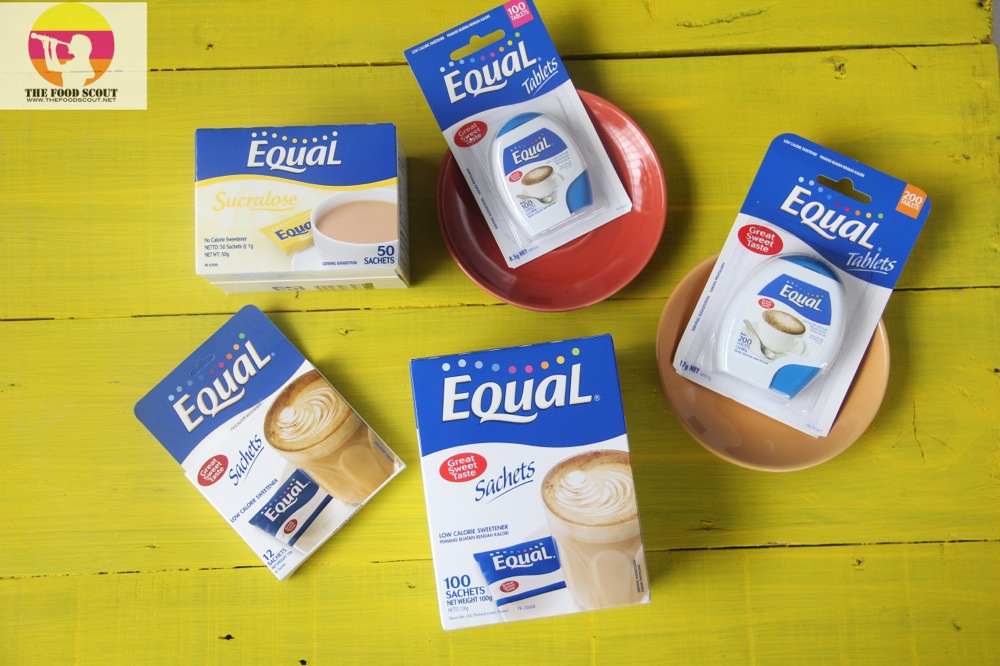 At home, we try to stick with the basics. I’ve never tried to get a piece of an alternative sweetener from the stores until today. Equal Sweeteners sent me a package composed of a variety of their products.  It’s a good chance for me to explore this other side of sweeteners that has caused several issues from health geeks and ‘trying to be health whiz.’

I’m no smarty pants when you talk about health. Although I know what my body needs to know. A good regular exercise, fresh fruits daily, vegetables as part of my diet, at least 8 hours of sleep and a positive attitude to keep me young. 🙂 So let’s get this straight, I’ll be giving you the facts about Equal you need to know, based on what they proclaim to the public.

Equal is a common sugar substitute, a low calorie sweetener. The main sweetening ingredient lies on Aspartame. From the books, Aspartame is an artificial, non-saccharide sweetener commonly used as a substitute in various food and beverages. It is composed of two amino acids – aspartic acid and phenylalanine. These are found naturally in protein containing foods, including meats, grains and dairy products.

I never knew they have assorted sweeteners available in the market. All I thought, there was only one type. A light sachet size like the ones you get from coffee shops.
I was more interested in opening the pack of Equal Tablets 100. On-the-go people could carry this pocket-sized dispenser of tablets to sweeten their coffee or tea while working whether inside an office or out on the field. Very convenient to take this around, right?

Equal is not only limited to sweetening beverages. Because of its acceptable almost sugar-like taste for consumers, they’ve been using it for their dessert recipes as well.

To get a hold of them, surely you could spot them at your favorite leading supermarkets.

Q: Is Equal safe?
I’m not the best resource person to answer this question. But I suppose Equal gets this question a lot. That’s why they prepared their answers to people’s never ending question about its safety.
“In April 2006; Five-year government funded, epidemiology study from National Cancer Institute (US) re-confirmed safety of aspartame. The Conclusions are also supported by the finding of three recent animal studies conducted by the US National toxicology program.
The results indicated that there was no evidence of carcinogenic activity (cancer) of aspartame.”
“In May 2006; European Food safety Authority (EFSA) re-confirmed the safety of aspartame. Comprehensive review of Ramazzini study demonstrated no scientific evidence of aspartame and cancer link. The EFSA panel concluded, “there is no need to further review the safety of aspartame nor to revise the previously established Acceptable Daily Intake for aspartame”.”
For more technical details, I’ll lead you to their website.

What do you think of Equal Sweetners?
I’d love to hear it from you!
Stay updated and Subscribe to The Food Scout for Free!
Pray, Eat and Love.
Cheers,
The Food Scout
Website: http://www.equalasiapacific.com/en/Philippines/
Facebook: https://www.facebook.com/EqualPhilippines