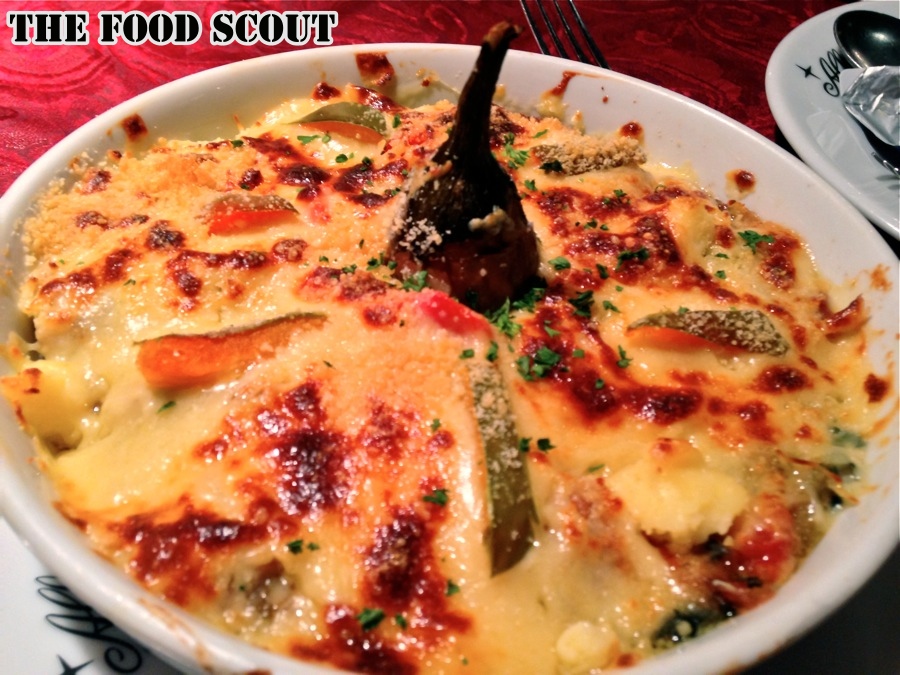 Last August seemed speedy due to suspended working days (because of Typhoon Maring) plus numerous holidays in a month. A real speedy month I felt. Btw, my workplace is at San Juan, so we have an additional holiday and that is Pinaglabanan day. 😉
The month of August had so many moments I wanted to capture. Every weekend was full of important happenings. They say it’s Ghost Month but Na-ah for me. It’s like I wanted to share every snapshot with you.
OK enuf talking here…
It’s rare I post a photo diary of my month. So I just want to give it a shot!
Here you go, a glimpse of what happened last August 2013.

Street food trip, but not along the streeets…
Just inside the mall! Haha!
All kinds of balls and stick food we could find.

Shrimp Thermidor from Annabelle’s.
This was the night where I had an awesome date night with O. All we did was talk about life while being serenaded by 3 musicians at Annabelle’s.

Eggplant appetizer also from Annabelle’s.
Literally a cheesy night that was!

Thank you Phil. Star for this! 🙂

I joined Citibank’s Fun Run at McKinley Hill.
That was a morning 5km run for me.
Glad I finished in less than 25mins. 🙂

After a loooong time, I saw my friend Charlene at her store opening in Greenhills – Chloee’s Closet.

Meet my minion! 🙂
O’s cousin made this cute minion. Oh so adorable!!! Too bad it wasn’t squishy I could cuddle.

August was not Oh-Ghost for me.
I really hope you had an awesome August as well! 🙂
Stay updated and Subscribe to The Food Scout for Free!
Pray, Eat and Love.
Cheers,
The Food Scout